The she-wolf haircut is the embodiment of brightness and rebelliousness. The description of the hairstyle emphasizes that this look will suit any girl who wants to stand out from the crowd. The execution technology is distinguished by its simplicity and the ability to create an individual style with notes of intrigue and charm. 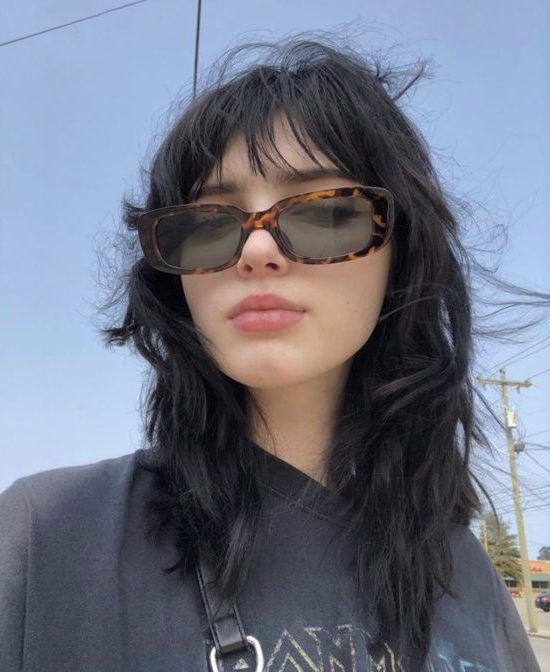 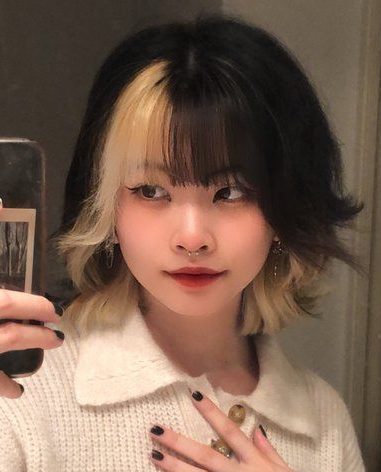 Who has already tried on this haircut? 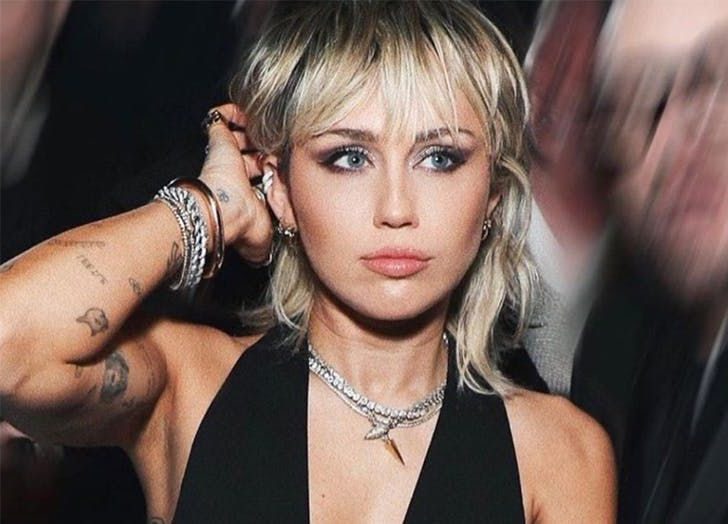 The wolf haircut has already been tried on by singer Debbie Ryan, Miley Cyrus, Billie Eilish, and even actress Jane Fonda. By the way, the 83-year-old has demonstrated by her example how rebelliousness in her hair can make her look 10 years younger. This haircut, which is far from being a classic for Fonda’s age, flatters her very much. 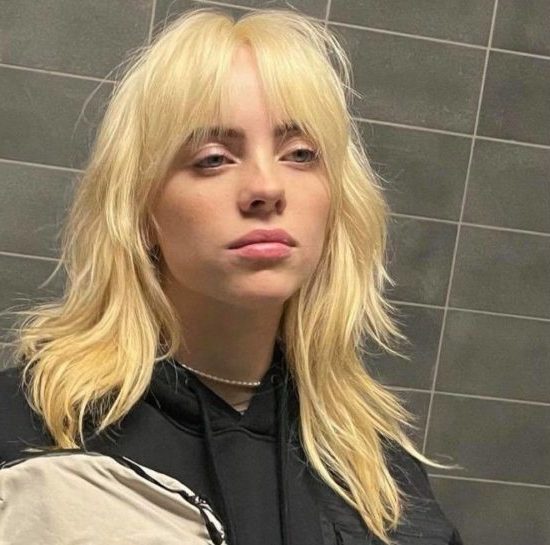 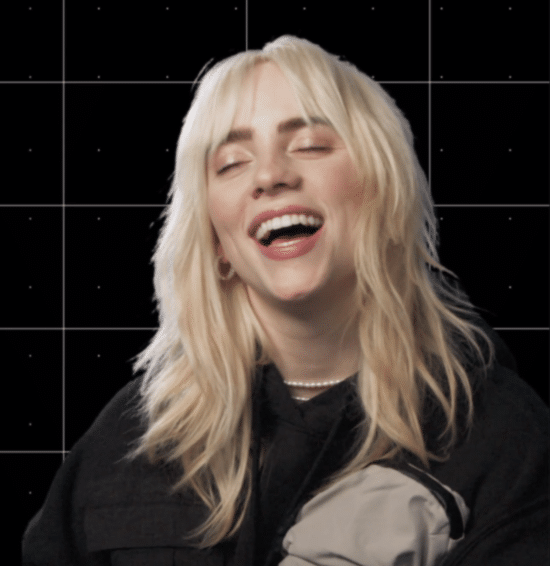 There are many variations on the theme of wolf hairstyles. For example, it can be supplemented with a bang, best of all long, multi-layered, as the bangs of Brigitte Bardot, and a short baby bang is also suitable. If you wish, you are free to leave the length at the face and not make your hair super short, like sideburns.

The she-wolf haircut, due to its appearance, evokes associations with self-confident and purposeful girls. This hairstyle first appeared in the late 80s, when there was active propaganda of rock and roll in the world along with the freedom of rebellion. At the expense of the “she-wolf”, it was possible to emphasize your image, filled with the strength of mind and willfulness. The styling completely repeated the style of the rockers and fit perfectly into their rhythm of life.

This female hairstyle gets its name from its appearance, which is similar to the head of a wolf. This is an imitation of an angry beast, where the hair sticks out in different directions and is tousled. The length of the curls gradually increases in the direction from the crown region to the neck. Such associations with an animal are not accidental. This is because the menacing wolf with disheveled hair was most often depicted on the leather clothing of rockers. 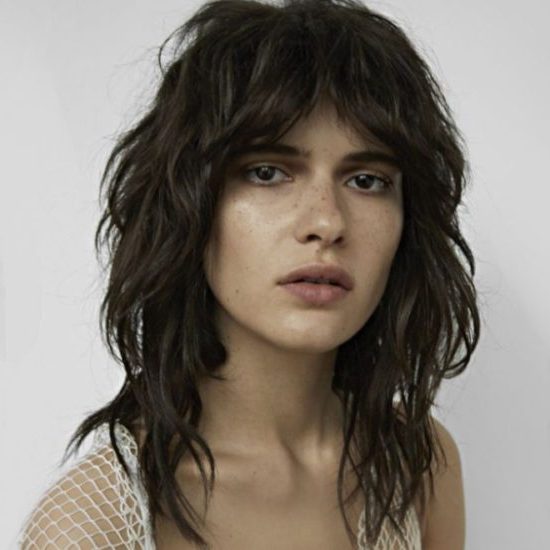 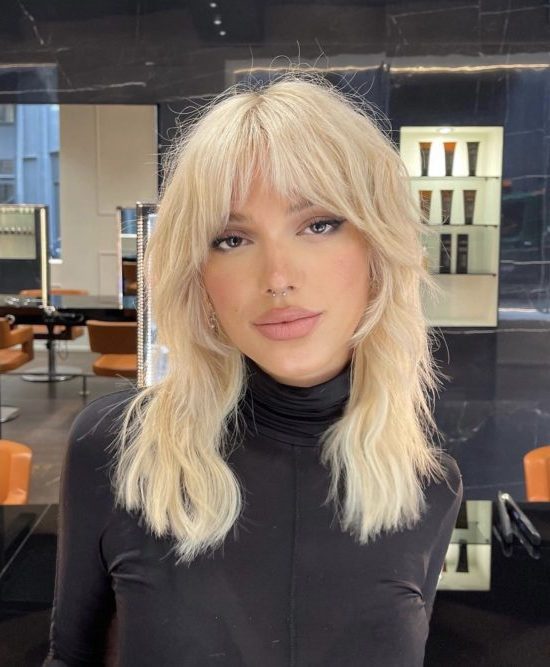 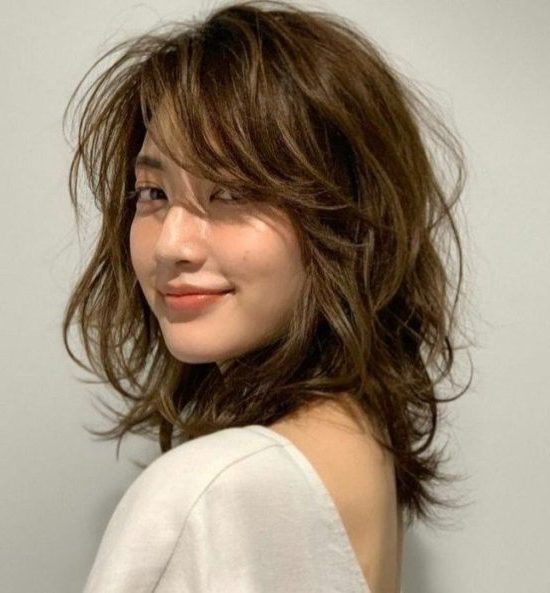 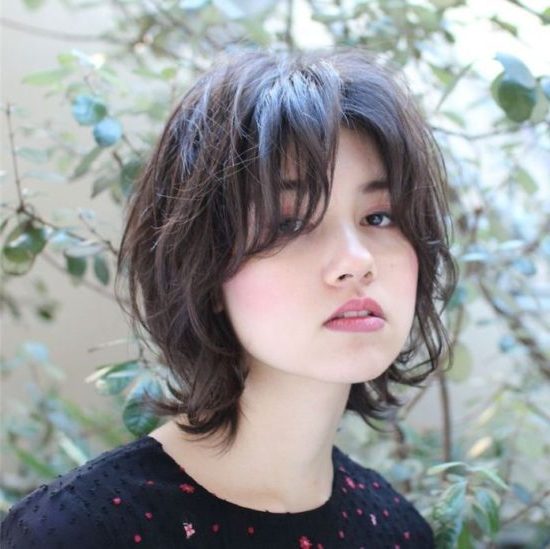 At first, the “she-wolf” was created by hand. Rock lovers, either personally or with the help of their friends, cut their curls in a torn way. This helped to acquire a casual look. In the future, this style became popular; it was possible to create a similar hairstyle in hairdressing salons. The styling is carried out by combining two well-known haircuts: ladders and Gavroche. The area of ​​the crown is greatly shortened, and the increase in length is carried out using steps. There are no smooth outlines in multilevel boundaries. For this reason, the entire hairstyle looks torn. 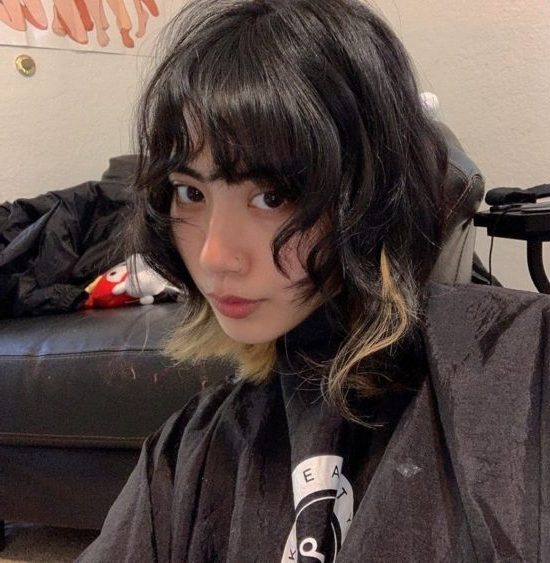 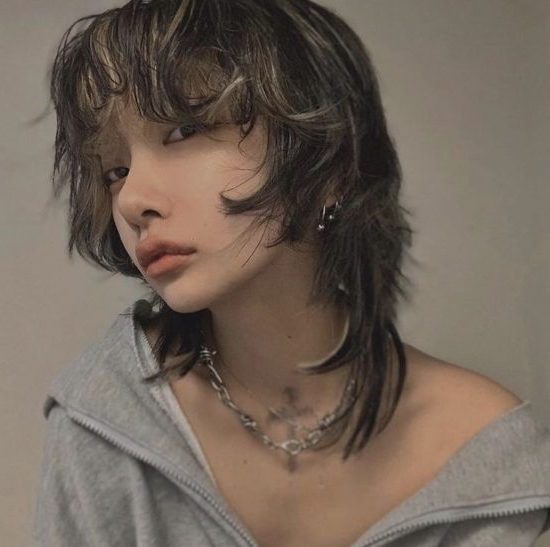 The she-wolf haircut has the following features. 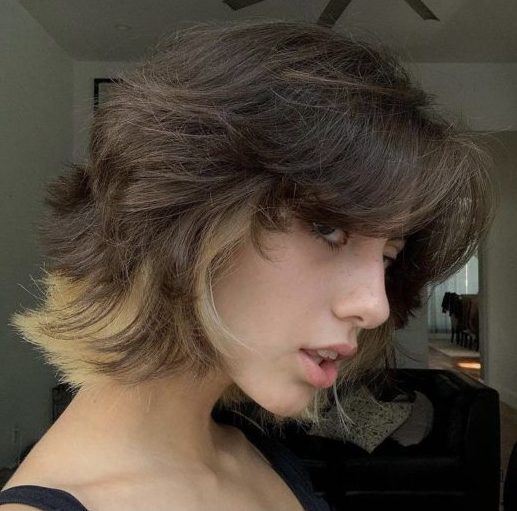 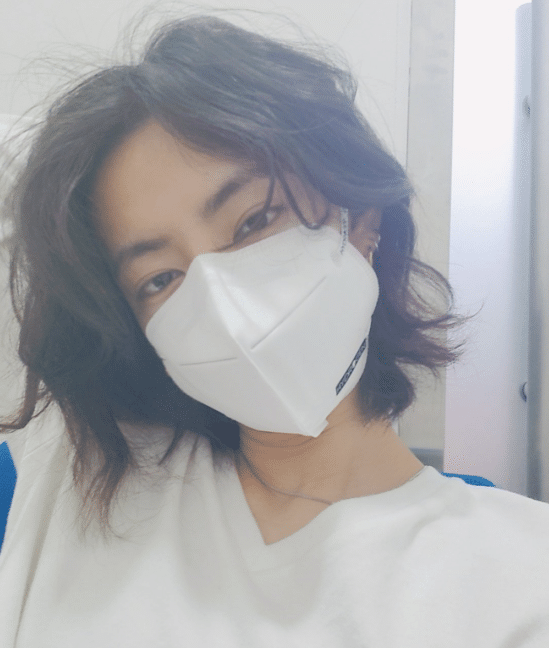 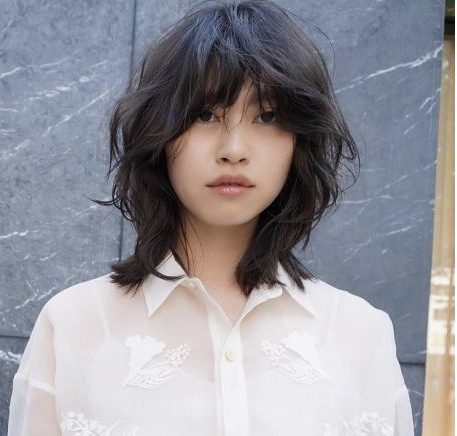 This haircut will suit any lady. The only limitation is the style of clothing. “She-wolf” will not suit shy women and lovers of a classic look. It is best to combine styling with styles such as grunge, punk, street-casual. The hairstyle will go well with hair of any length and structure.

However, hairdressers do not recommend creating this look on curly hair, since it will not work to create the desired shape. 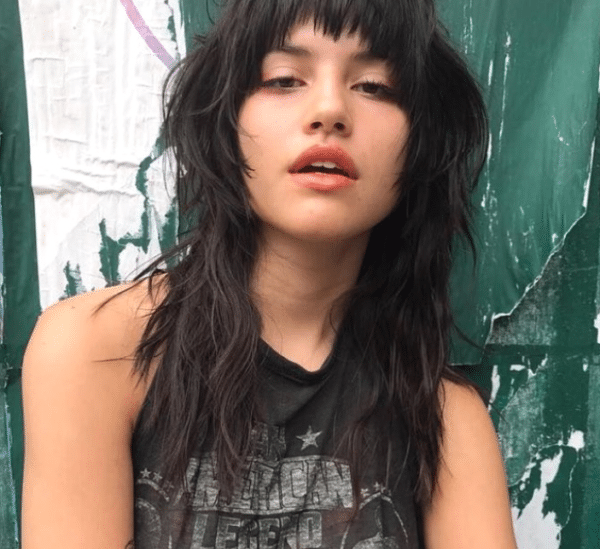 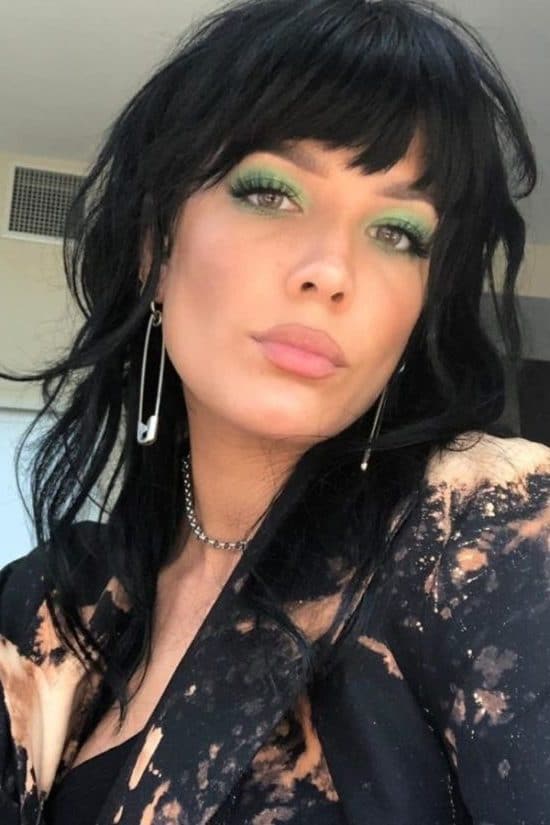 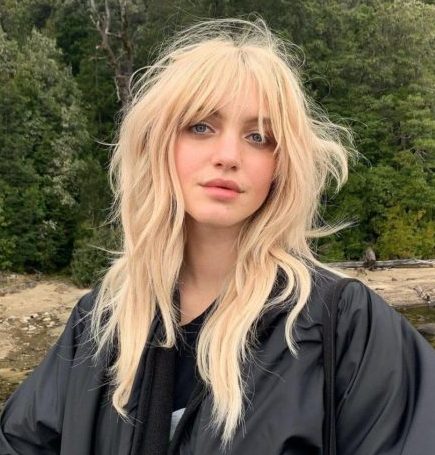 For medium and short

For medium to short hair, the hairstyle is also suitable. It gives attractiveness and zest to the look. The occipital region is formed due to shallow steps, the contour part will be cut at an angle. By experimenting with different hairstyles, you can choose the right style to suit any face. In a haircut, there are no restrictions on the framing. The master can choose the optimal design for each type of oval.

On a short length, this haircut shows an open neck and slightly covers the ears. Outwardly, the hairstyle looks like a hat. It’s no secret that many girls choose this style since the “she-wolf” retains its shape for a long time. 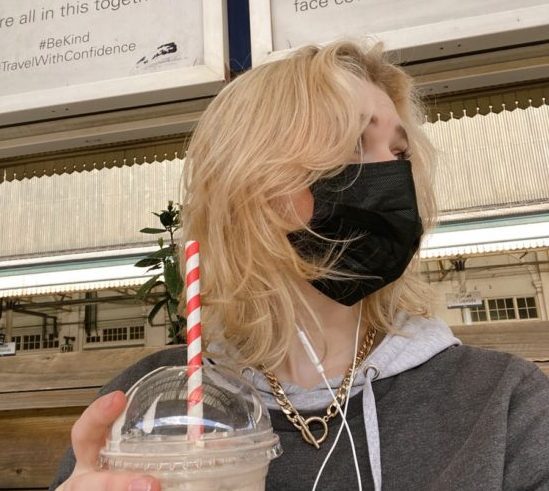 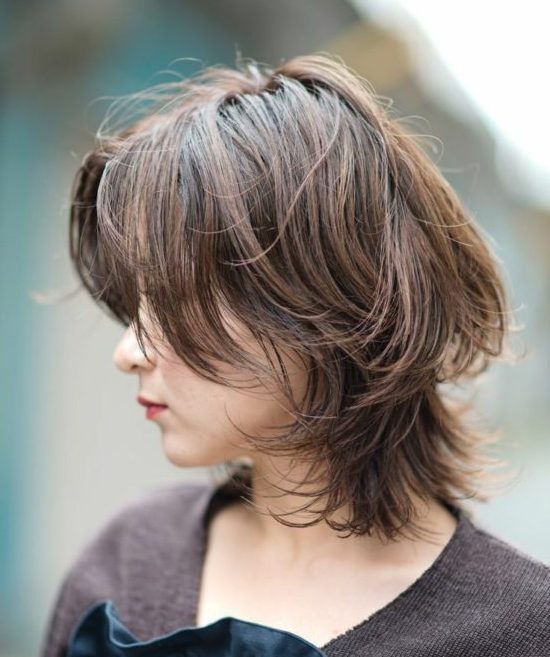 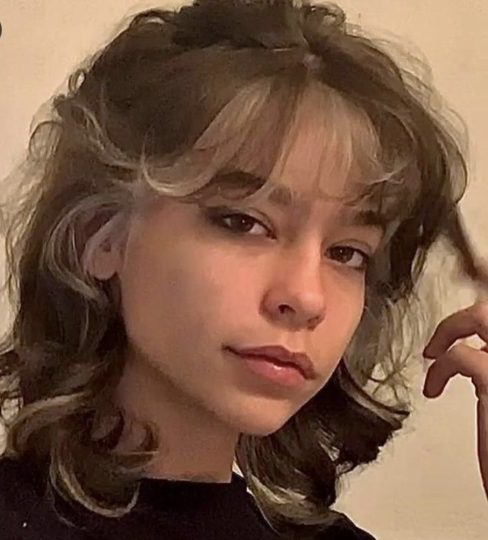 Pixie Buzz Haircuts for Women in 2022